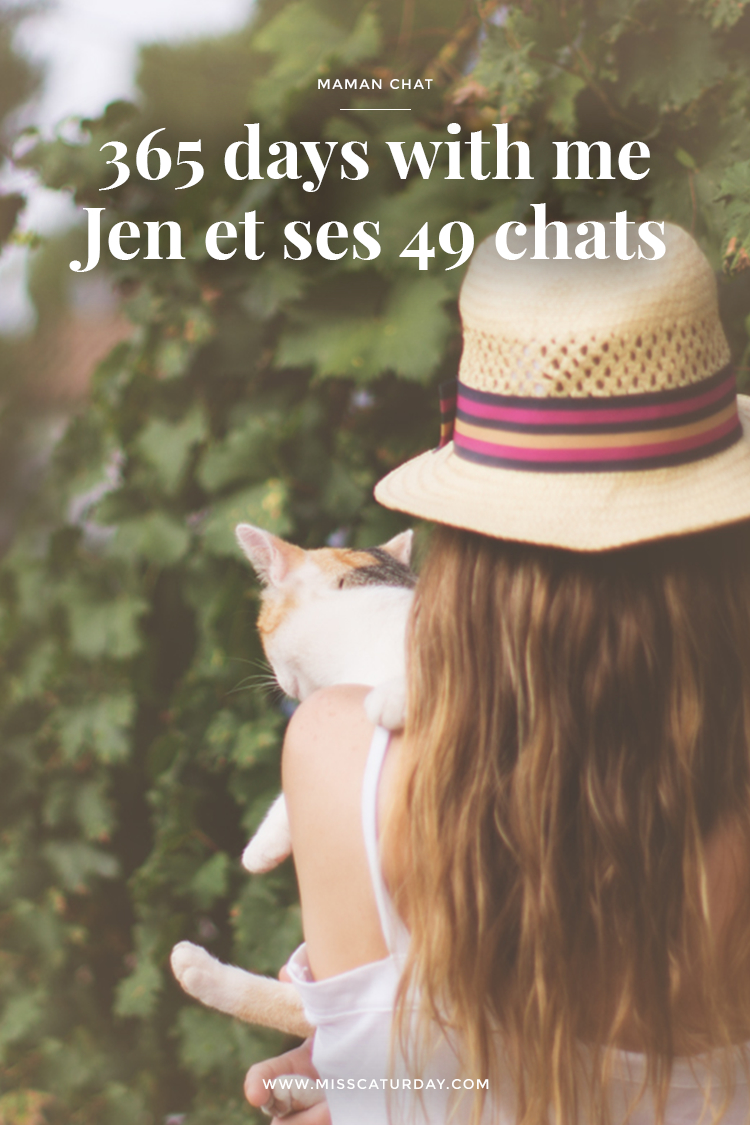 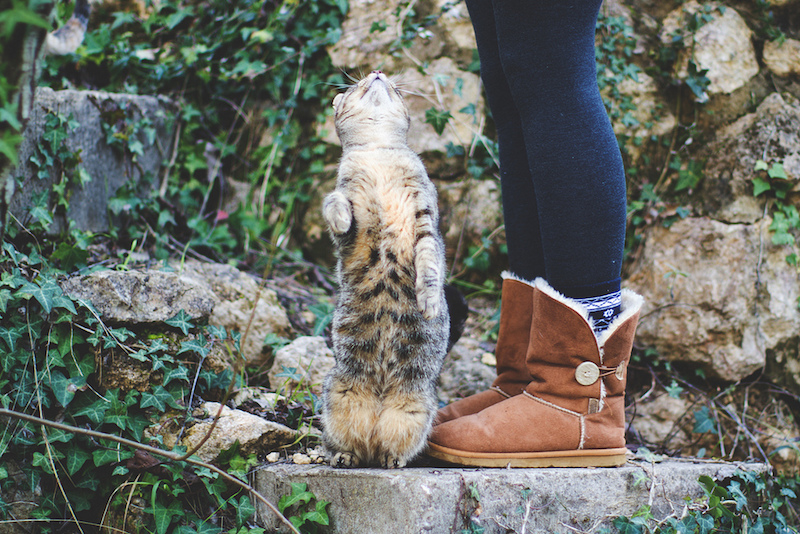 1- Tell me about your project and how it started.

This is a very special project for me. One that has allowed me to join my two passions: photography and animals. Within this project I mostly do cats but you may come across with a photo or two of my older children (my two dogs). From time to time, I also feature wild boars. They belong in the mountain, but because we feed them, they come. Few days before the end of 2014, I had the idea of starting a 365. It was a while that I was considering the idea of ​​writing the stories of my children (my cats). I wanted to have a sort of journal, and write up their adventures. Because I'm always surrounded by cats, I get to live very beautiful, tender, and funny moments. I wanted to keep all these memories in a somewhat different manner. So it occurred to me, I would photograph me with them, and tell a little about their lives. 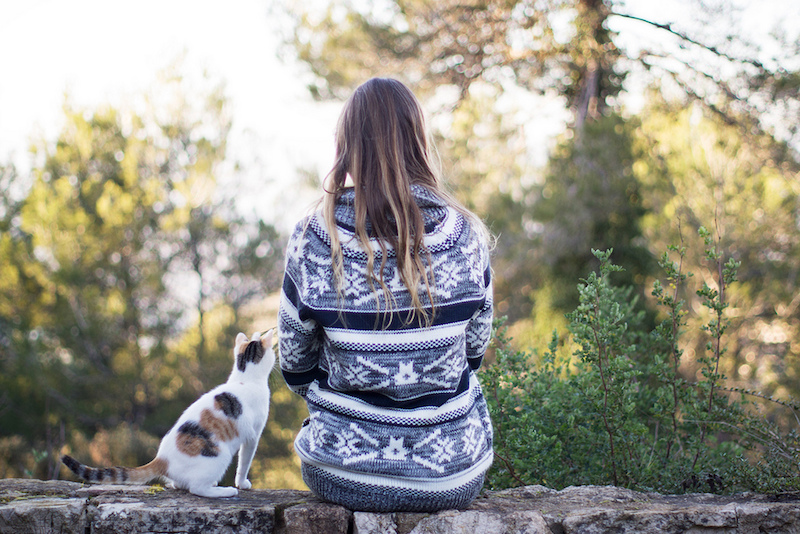 2- Do you photograph alone or someone helps you?

95% of the time I shoot, using tripod and remote control, the remaining 5% of the time my wonderful, patient husband helps me. Usually an idea would come to mind at the very time of taking the photo, as though it’s something that happens instantaneously. Other times, I have ideas, which then materialize over time. For some reason, they never come out the way I imagined. 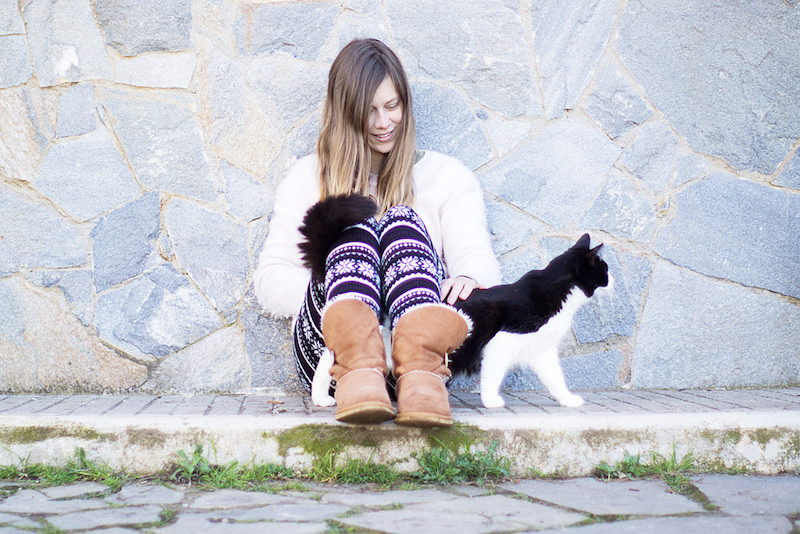 Right now, I have 49 cats. This headcount includes those who have come by themselves and are settled in the backyard, and also some that are wild and I can’t touch. All cats are from the street, and each one has their own stories. In the past, I have had more cats, but they have either died or gone missing. There are some cats that have appeared in my 365 that aren’t mine; these are from the animal welfare organization with which I work taking photos, to promote adoptions.

4- What are their little names? 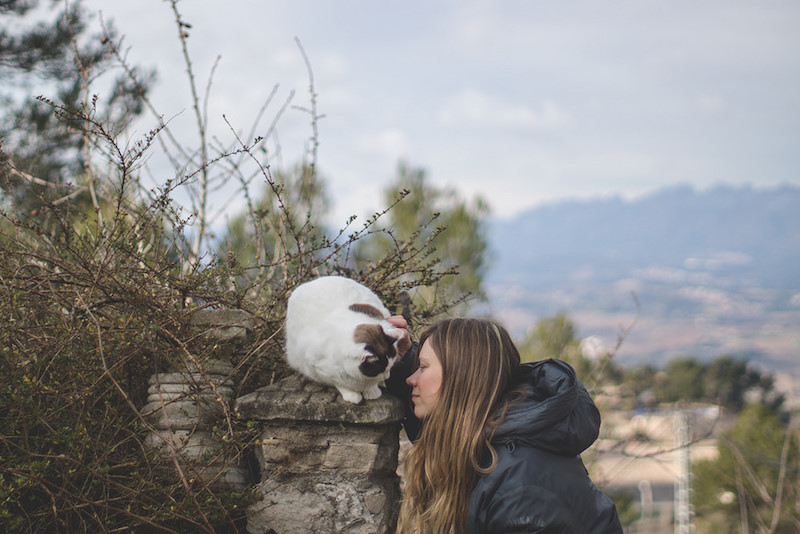 5- How do you bring them in your life?

This little great family, started on a Sunday afternoon of July, in 2010. I went out for a walk and found a kitten (2 months) inside a plastic bag at the front door of our apartment, we called him Horus. The following year, a neighbor was giving away a kitten (2 months); we got her and named her Aikira. Another year went by and we found about three colonies of street cats, living in poor conditions. We began to feed them and then voluntarily brought them water and more food; there were about 60 cats. And the third girl came from there: Irina. She was about two years, and was very affectionate. She was pregnant and had 4 beautiful babies, which of course we kept. From that moment, I couldn’t help seeing a sick cat and not catching him and taking home to recover. Normally, after helping them heal up, I would not want to take them back to the colony. We reached the point where we could not all fit in our apartment and, therefore, moved to a house in the mountains. We took more than 30 cats with us from the colonies I used to attend. The rest kept coming, for different reasons. In the photos of my 365, I tell the stories of each one of them. Since my childhood, I have always loved all animal. When I was 15 I had a cat named "Michael Alejandro", whom I called “Micky," and later, I had a cat named Sasha and a lovely dog, Onix. They are no longer living. 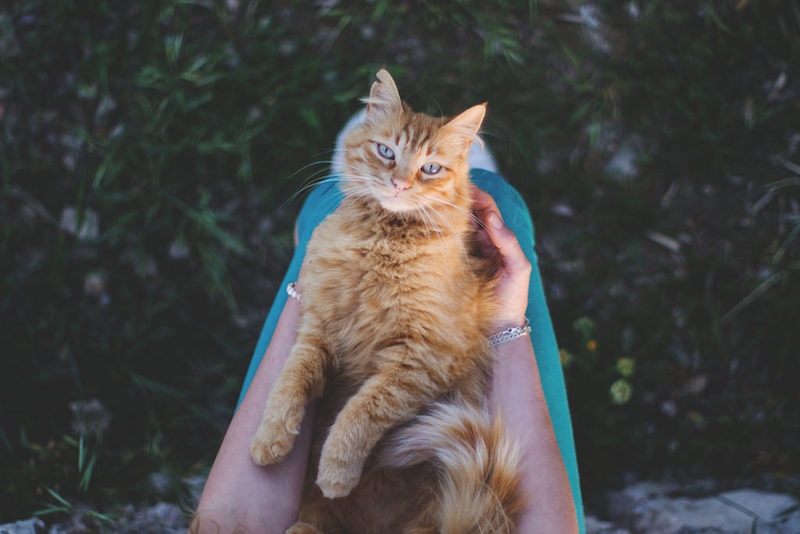 Since I have them, I am more than happy. They give me a very special and infinite love. They are wonderful beings. Each one of them has its own personality and they are so different from each other. During the day, I make sure that they are well, I medicate the ill, monitor that they are all there. It's a little chaotic, but fun. We have a good time together. 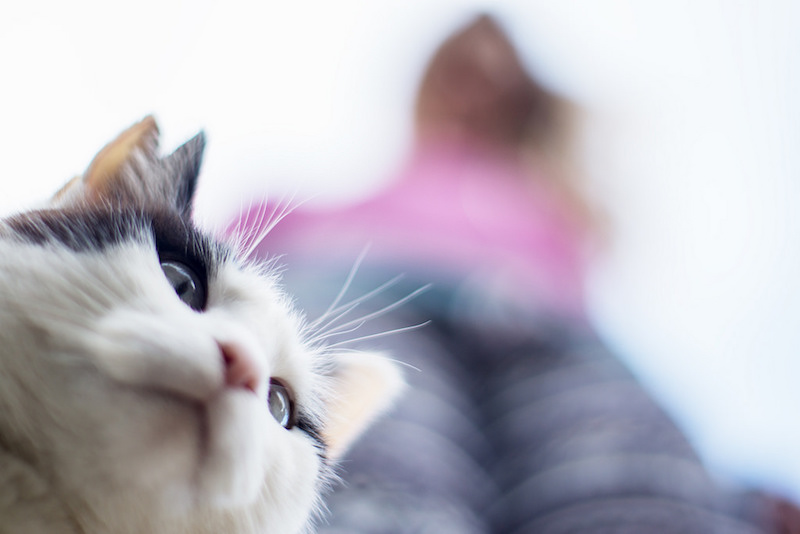 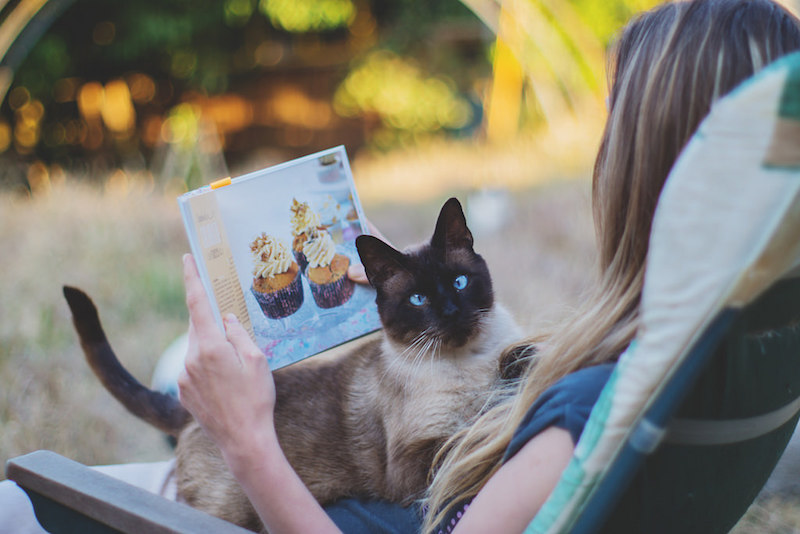 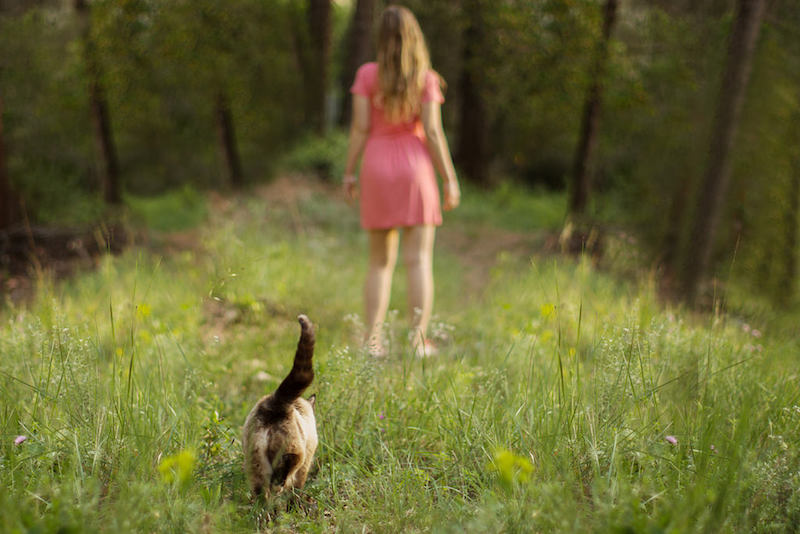 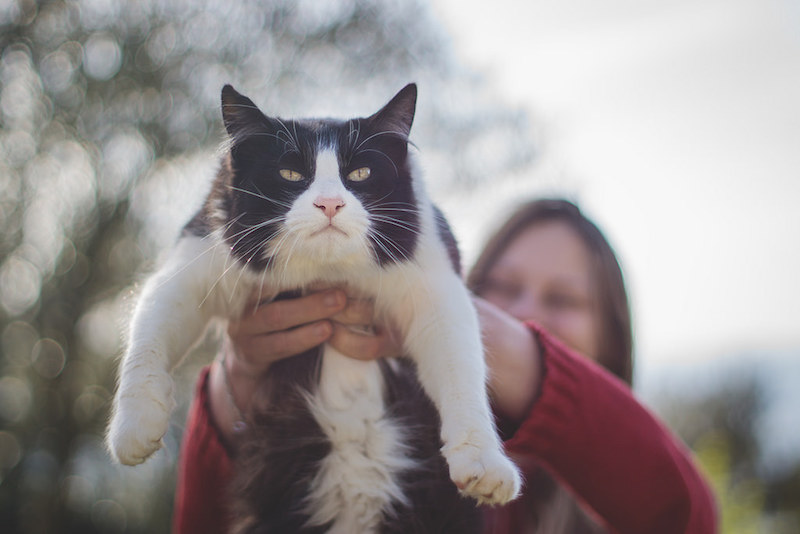 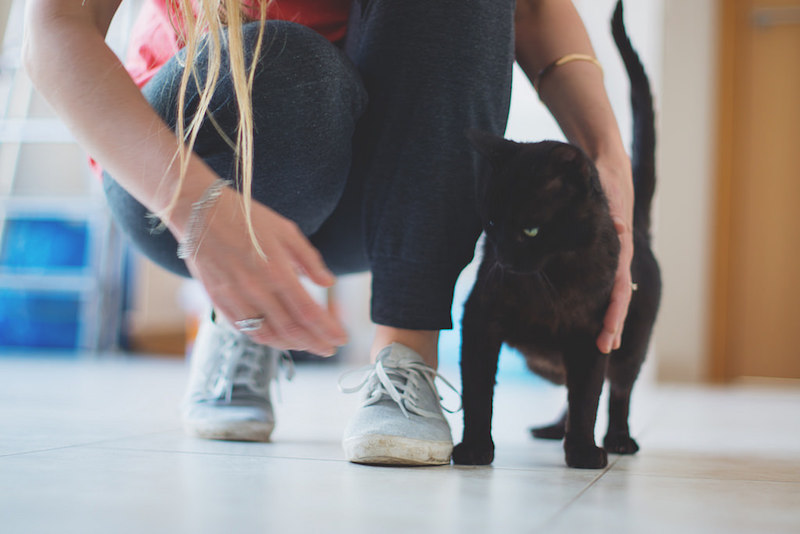